The award ceremony for the 2021/22 competition period will take place on June 20, 2022 at a festive event in the courtyard of the Federal Ministry for the Environment in Berlin.

During this ceremony, the productions nominated will be introduced to an audience of industry professionals in the presence of the competition jury. The presentation of the "Eisvogel – Prize for Sustainable Film Production" will be the highlight of the event.

In view of the continued need for pandemic protection, this year's award ceremony will be held exclusively for invited guests.

A pre-selection committee of experts from the Association of Technical Companies for Film & Television (vtff), the Federal Association of Green Film & TV Consultants Germany (GCD) and Green Film Shooting has thoroughly examined the 31 submissions received and selected six productions.

From these six nominated productions, the competition jury will select the final winner of the EISVOGEL 21/22.

The nominated productions are briefly presented below. 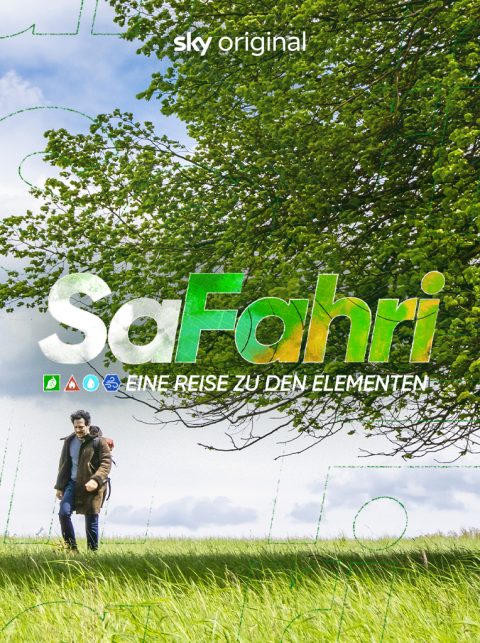 This five-part documentary series was produced by Bon Voyage Films for Sky Deutschland between late 2020 and mid 2021. The shooting took place at a large number of locations, some of them in quite remote natural areas.

“The film direction and camera team considered in advance during the pre-production phase how to travel and shoot with the most energy-efficient technology and lightweight luggage possible. We didn't want to set up any elaborate technology in forests, moors and landscape conservation areas, which would have threatened the very things we wanted to film there.” Letizia Lange, Producer

“From the North Sea to the Bavarian Forest and from the North German Moor to the Swiss Alps: even the journeys to the filming locations were as consequently environmentally friendly as possible. Fahri Yardim alone travelled over 5500 kilometres by train.” Christian Asanger, VP Entertainment Sky

This production by Bon Voyage Films, commissioned by Sky Deutschland, developed a very targeted technical and production concept that considers the specific features of shooting a documentary on 33 locations in often remote and sensitive ecosystems. 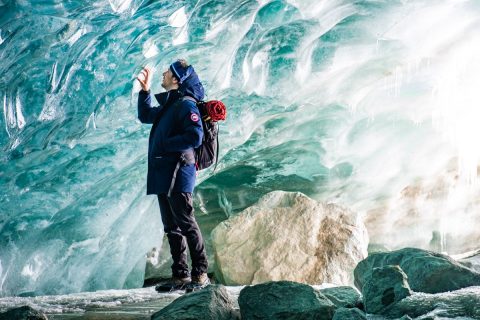 This cinema film was produced in mid-2021 by Sommerhaus Filmproduktion GmbH. The movie is an adaptation of the short story collection of the same name by Clemens Meyer, directed by Thomas Stuber. Its premiere is planned by Warner Bros for the year 2022.

“This production, which has been realised according to sustainability standards, has shown that whenever production and crew give themselves the necessary time to develop innovative ideas, they often lead to an environmentally valuable goal without sacrificing creativity." Robert Hertel, Green Consultant

This co-production between Sommerhaus Filmproduktion GmbH and Warner Bros Film Productions Germany was shot “on location” in Central Germany. Various creative solutions were developed and implemented to reduce the environmental impact in the area of equipment and scenery construction. 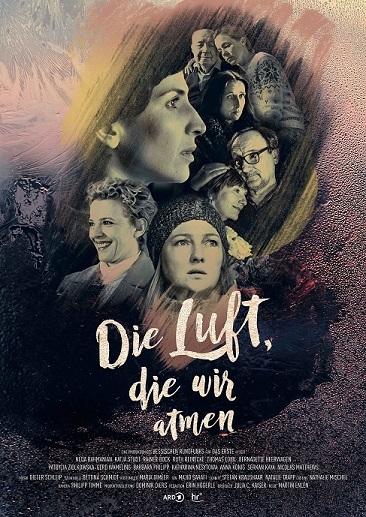 This in-house television production by Hessischer Rundfunk (HR) was produced between March 2020 and March 2021 according to the requirements of the “100 Green Productions” of the Green Shooting Working Group. It was one of the first finished films of the project.

The HR gained important experience in sustainable production through this pilot project on green shooting. Many creative solutions developed through the motivation of those involved, such as the pragmatic use of a local farmer's rainwater storage tank for the production of artificial snow. New, innovative techniques were also tested. The realization of the first green production of the HR was also the impetus for the establishment of a sustainability network that carries the “green spirit” further into the corporation and motivates the employees to commit to more sustainability in all areas.

This in-house production of Hessischer Rundfunk is an "ensemble drama". It was shot on 16 locations, 10 of them "on location." The first broadcast will be on February 2, 2022 at 8:15 p.m. in "das Erste," and the film can also be seen in the ARD Media Center. 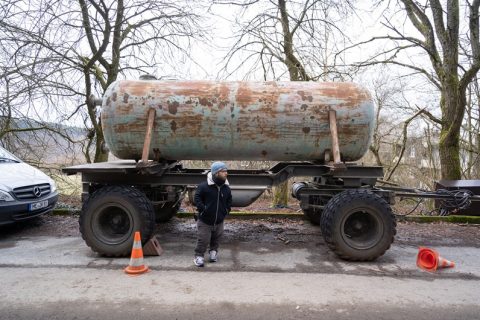 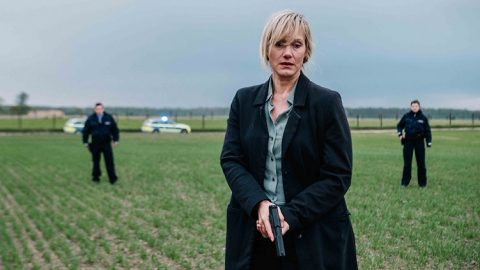 “The measures implemented by the production in cooperation with the Green Consultant have noticeably led to greater attentiveness to environmental aspects and intensive cooperation within the team.” Titus Kreyenberg, Producer

This TV production was shot at a total of 20 locations. In addition to implementing a variety of sustainable production measures, the lighting and camera crew was able to implement an innovative and energy-saving lighting concept. The episode was first aired on ARD on 2 January 2022. 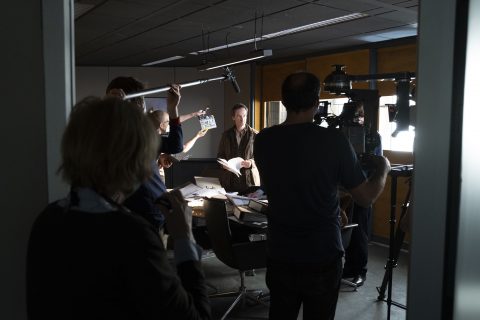 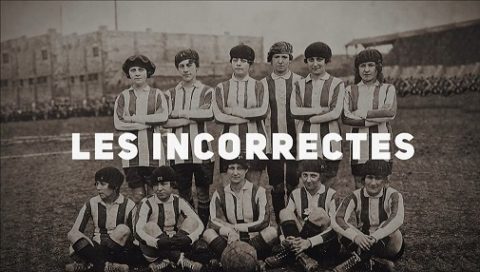 The documentary “Les Incorrectes” (“The Unsuitables“), directed by Anne-Cécile Genre, brings the spotlight back on Alice Milliat and the beginnings of women's sport. Going back and forth between the past and the present, this documentary shows her extraordinary destiny and how today's improvements in gender equality can actually trace their roots back 100 years ago, to Milliat‘s fight for women to practice sport and compete in the Olympic Games.

“Les Incorrectes” was produced with the financial support of the Alice Milliat Foundation, the National Sports Agency (ANS) and is backed by the Comité National Olympique et Sportif Français (CNOSF). Since the beginning, eco-responsibility has been a strong commitment for Lucien TV and reducing environmental impact was a major concern from the planning stage.

"Environmental improvements are a process we strive to implement in every film we produce. In this way, we try to reduce the negative impact of our operations while maintaining a high level of quality. This process requires a high level of commitment and in particular more preparatory work in the early stages of production, but it is very satisfying." Julien Tricard, Producer and Founder of Media Club Green.

This documentary was shot in 7 different locations all over the world, normally meaning a substantial environmental impact simply due to the international flights. However, all these flights could be completely avoided: a local team was chosen for each of these locations, and carried out the production following a specific charter established by Lucien TV, reducing drastically the carbon footprint.

Thanks to the support of Secoya Eco Tournage and their innovative tool Seco2, the carbon footprint on the set of “Les Incorrectes” has been estimated and compared to what would have been the environmental impact on the same project, but without eco-responsible actions. 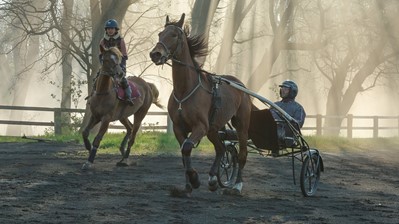 The film Tempête by Christian Duguay is based on the novel “Tempête au haras” by Chris Donner. The fictional feature film was produced in spring 2021 by Nolita Cinema on a total of 11 locations in France. The production was consciously planned and carried out according to ecological and social sustainability aspects.

"Faced with the socio-climatic challenges and aware of the need for change, Nolita has integrated the idea that a clear commitment to sustainable film production is a great chance to create new opportunities for film industry. Nolita believes that a sustainable and responsible transformation is essential to the sustainability of our business.” Valentine Gaffinel, Production Coordinator

With the support of green film experts of Secoya, a large number of environmentally friendly approaches and measures were already assessed regarding their feasibility during production planning. Some of these measures were successfully implemented, such as organic food catering and the use of public transportation or electric vehicles for mobility.

In the area of scenery construction, the input of environmentally harmful substances was reduced in an innovative way. A new type of mobile device was used to clean painting tools and painted materials. 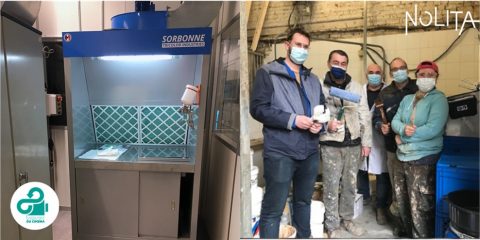 In addition to the nominated productions, two newcomer productions were selected by the experts of the pre-selection committee, which have systematically analysed the environmental impacts of their productions and found creative solutions to reduce them in an outstanding way within a very limited budget.

These newcomer productions will be honoured separately at the EISVOGEL 21/22 award ceremony “out of competition”.

These two newcomer productions are presented briefly below.

Metanoia is a low-budget production by newcomer filmmakers from Berlin which was produced independently of film academies and funded by the RISE project of the media education organisation JFF.

Producer Thea Herrmann and director Alina Podschun have made an explicit commitment to a green production approach and signed corresponding industry agreements. This clear commitment motivated the entire crew to support and implement environmentally related measures.

“We are very pleased that our team has been so ambitious and involved in implementing the numerous measures in the respective departments. We are especially happy about the enthusiastic feedback on vegan catering." Thea Herrmann, Producer

Measures such as the avoidance of individual car journeys, a reduction in the number of filming locations, a fully vegan catering and many others were implemented. Overall, the CO2 footprint of the production was significantly reduced, as shown by the corresponding analyses of a CO2 calculator. 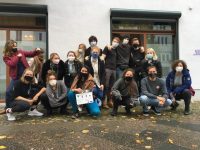 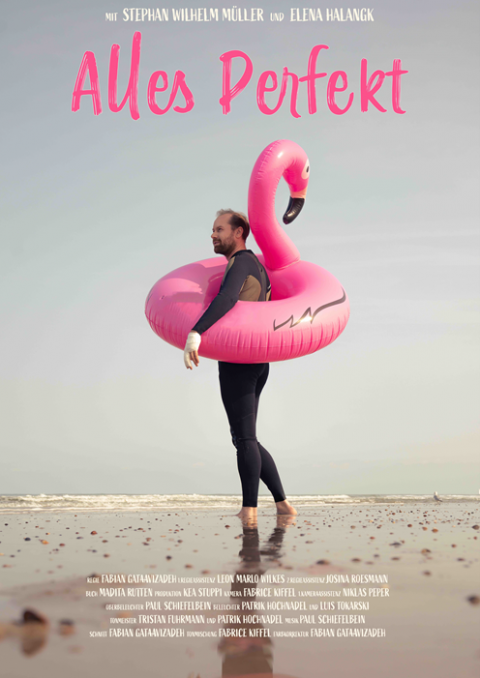 The short film "Alles Perfekt", a low-budget production shot in mid-2020, is a student production with which Fabian Gataavizadeh successfully completed his directing studies at the Ruhrakademie in Schwerte. As part of the production, there was proactive preparation and planning of the shoot in terms of green practices.

“By informing the whole team about the green production methods at an early stage, we were able to work more sustainably in all areas. Without the work in the preparation phase, this would not have been possible on set.” Fabian Gataavizadeh, Producer

The pre-planning and implementation of the production was accompanied by a carbon footprint. This helped to uncover environment-related weak points even before the shoot and to find more sustainable solutions.

For example, hiring handcarts was a creative way to transport material to the beach. Other solutions included vegetarian catering throughout the entire production, the purchase of second-hand costumes and equipment, as well as donating it after the end of the production. 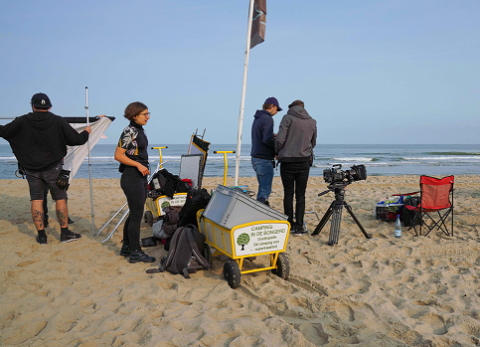